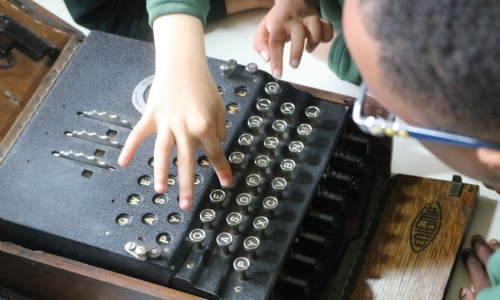 We were really lucky to be visited by Phil from Bletchley Park. He brought a real Enigma machine and we learnt all about code-breaking to launch our new "Unexplained" topic.

The Enigma machines are a series of cipher machines which was first invented by German engineer Arthur Scherbius at the end of World War I. They were used in commerce and by the military to send coded messages with the intention that if the message was intercepted it would be difficult to decipher.

Children from Year 3 and upwards were given the opportunity to use the machine and send their own coded messages and also learn about coding and decoding using different systems.