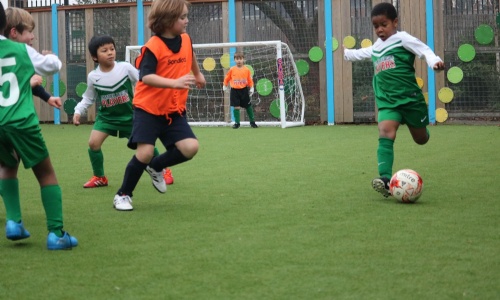 John Keble won the first game of football with Lauren scoring most of the goals in the 8-1 thriller. Coach Eddie of John Keble commented "I can't wait for Lauren to start training in the team" which shows the boy has plenty of potential.

The second game ended in a 3-3 draw in an evenly matched game. Lauren again showed a master class and scored all 3 goals for John Keble.

Meanwhile the John Keble netball team suffered from a heavy defeat losing 5-18 to the visitors. The game was full of great teamwork and skill but Maple Walk proved to be much too strong on the offence.